Published on June 30, 2011 by Bill Cloppert in Manufacturing, Wholesale / Distribution 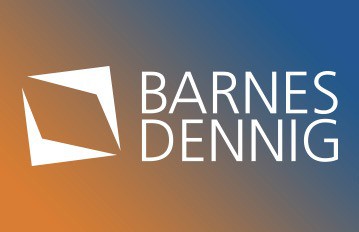 As the White House and Congress continue their debate about raising the government’s debt ceiling, one of the issues on the table is a repeal of “last-in, first-out” accounting, which would essentially mean a multi-billion dollar tax increase on companies that utilize the accounting method.

President Obama and other Democratic officials have argued that repealing last-in, first-out (LIFO) accounting would simplify the tax code and raise revenue that will help offset an increase in national debt. Republican officials – as well as organizations such as the National Association of Wholesale-Distributors – have argued that a repeal of LIFO would harm businesses and hurt the economy at a time when jobs already are scarce.

If LIFO is repealed, companies currently utilizing LIFO would have to revalue their inventory based on the first-in, first-out (FIFO) method and pay tax on the difference. The NAW and other outlets estimate that it will cost those companies $72 billion in taxes.

In an e-mail sent this morning to its members, the NAW wrote, “We need everyone interested in protecting LIFO to call the White House – now – to let them know that LIFO repeal would seriously hurt their businesses, not just the rich, and would harm economic recovery and cause job loss. … If we produce only a small number of calls, the White House will assume that LIFO use is not widespread and that it only impacts the oil and gas industry and a few large corporations. We need to tell them that LIFO repeal would harm hundreds of thousands of businesses, mostly small and mid-sized companies.”

Democratic leaders have argued that a LIFO repeal would impact only a limited number of companies, mostly large energy companies. In a press conference Wednesday, President Obama said, “The tax cuts I’m proposing we get rid of are tax breaks for millionaires and billionaires; tax breaks for oil companies and hedge fund managers and corporate jet owners.”

Government officials face a deadline of August 2 to increase the nation’s debt limit or risk being unable to pay its bills. The current limit is $14.3 trillion, and the government reached that limit last month. There is some debate about whether the Aug. 2 deadline can be moved and how high the debt ceiling should be raised, but leaders of both parties have made it a priority to negotiate a deal in the near future.

Barnes Dennig professionals will monitor the situation and keep you abreast of all tax and accounting issues that are impacted by the negotiations.

Is the Shipping Market Finally Stabilizing?

Is the Shipping Market Finally Stabilizing?